What’s next for the markets in the 3rd Quarter of 2021? Forex - Metals - Indices - Stocks - Energies
Download Now

AIM HIGHER Trade with the Best
Join Us

Covid Vaccine: Has a Blood Clot Solution Been Found? 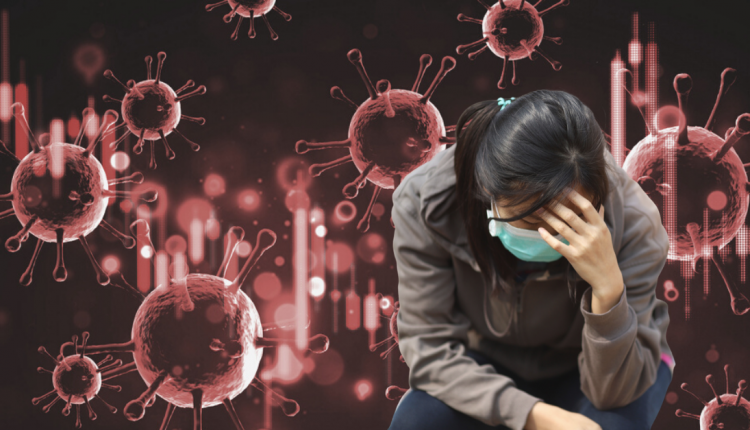 One of the largest hurdles coming up to finally achieving herd immunity and putting the covid crisis finally behind us is vaccine hesitancy.

Confidence in the vaccines took a heavy blow a couple of months ago with mass media reports of a (relatively small number) of deaths from blood clots from AstraZeneca and Johnson & Johnson vaccines.

As a consequence, use of the vaccines have been restricted, and many patients are opting out if given a choice. Or even worse, patients won’t sign up for a vaccination out of fear of not being given a choice between vaccines.

To make matters worse for policymakers, these two vaccines are the most economical, and many countries expected to rely heavily on mass-produced AstraZeneca covid vaccines.

But now, a researcher from Goethe University in Frankfurt claims to have found a potential fix for both of these vaccines, that would prevent the blood clotting issue.

But, there is still some skepticism in the medical community, as a widespread study has yet to be conducted. However, J&J is already looking into potentially implementing the changes.

The reality is that when reports surfaced that people who had gotten covid vaccines were associated with a higher risk of blood clots, most doctors who had treated covid patients were not the least bit surprised. This is because blood clotting is a common issue with the virus itself.

While media reports have focused on the respiratory problems associated with the virus, a significant amount of complications – particularly people suffering long-term effects from it – are due to how it affects the blood.

Some researchers have even advanced the theory that covid should be treated primarily as a blood disease. Respiratory problems often come as a consequence of damage to the circulatory system.

Because of this, many doctors have been eager to get their otherwise “healthy”/low-risk patients to get vaccinated. Many point to younger people not getting severe respiratory symptoms or needing hospitalization.

But it’s relatively common for such people to have a significant disruption in their circulatory system – and increased risk of blood clots that could lead to heart attack, stroke, and pulmonary embolism.

Where the problem is

The issue is what is called a “spike protein”. This is a structure on the outside of the virus used to penetrate the cell.

In this particular iteration of covid viruses, it is particularly aggressive and “immunogenic”. That is, it causes an inflammatory response. It’s not the virus itself that generally kills patients, but the inflammation caused by this S-protein. This leads to what’s called a “cytokinetic storm”.

For severe covid cases, this is why steroids are used as a potential treatment. It also explains why some people have a severe reaction, and others don’t.

In order for the body to be able to fight disease with that particular protein, it must be exposed to it in the form of a vaccine. That exposure has the risk of a similar reaction to the virus.

The objective is to have a “controlled” exposure, with a non-replicating vector to ensure the immune system gets enough to develop a response. But not enough to cause an adverse reaction.

The theory developed by Prof Marshalek suggests that the issue with the vaccines is that the viral vector used by J&J and AstraZeneca allows the spike protein to penetrate not just the cell membrane, but the nucleus as well. Once there, it can mutate, avoiding the immune response, and return to the circulatory system and create blood clots.

This is extremely rare, in less than 1 in 100,000 cases. You are more likely to be struck by lightning than to get blood clots from either vaccine. Compared to a regular infection of covid, where it’s estimated that the vast majority of people develop blood clots.

Should subsequent studies show that this is a solution to reducing the number of complications from the vaccine, it’s hoped that it would get as much coverage in the media as the initial blood clot reports.

It would help destigmatize the most widely available and cheap vaccine and hopefully encourage more people to take it. This would finally push society past the immunity threshold.

With vaccination efforts stalled, authorities are increasingly worried that reopening plans might have to be put on hold.

For example, the UK was widely praised for the fast roll-out of its vaccination program. However, the spread of the Indian variant is raising concern that reopening will be delayed. This, after new vaccination rates fell off in April, in the immediate aftermath of the reports of blood clots.

Putting public fears to rest might help the UK complete the remaining 10-14% of the population needed to be vaccinated. This will finally put an end to the risk of lockdowns.

Daniel John Grady is a financial analyst and writer. He is a former CFO with a degree in Financial Management and has been published in both English and Spanish. With over ten years of equities trading experience, he is primarily interested in foreign exchange and emerging markets with a focus on Latin America.

What to Expect Out of the Jackson Hole Symposium

US August CPI: Is Inflation Finally Under Control?

Is a US Default Back on the Table?

What to Expect Out of the Jackson Hole Symposium

US August CPI: Is Inflation Finally Under Control?

Is a US Default Back on the Table?